1978 was the turnaround point. With all his tapes and recorders, he was reborn in a totally different cultural climate, setting up headquarters in a one room attic. Near HP, they both conspired to strengthen the Big Effort. A new disc, STANCE, was released, and then a second album, DELICATE TENSION, was compiled from later Nashville tracks and Jersey recordings. Simultaneously, PHONOGRAPHY was rereleased for public consumption. Slowly but steadily, a cult began to form...

Yet the three records (originally on the H.P. Music label) trickled out across the globe, merely planting seeds for the future. The name R. STEVIE MOORE was often noticed but seldom realized. The small groups of individuals who had grabbed these instant collector's items were in the know and passionate fans. Moore became a reference point for Do-It-Yourself artists, especially the home-in-your-bedroom variety. Yet the trouble was the minute availability of his output.

Another single was released by a company in Hollywood, California called NEW WAVE b/w SAME. It too had a buzzing but quick lifespan...another one-shot effort, trapped in its own unique rarity. And soon afterwards out-of-print. The recordings in New Jersey were multiplying and the style maturing, and though less song-oriented than the early years, the sounds broadened and acquired more punch. Each RSM program possessed a radio-format quality, chock full of variety and very abrupt changes from piece to piece. As always, his construction methods were to fill up a reel chronologically, from beginning to end, without gathering single songs and sequencing them for better effect. When the tape was full and finished, it was time (almost immediately) to start another one. Thus, over a hundred 60 or 90 minute works exist today. It was too easy. And with collector interest in almost everything an artist does, including discovery of dusty old masters in the vaults, Stevie was not about to discard even the worst worthless piece of garbage he had dared to record. It was the ultimate creative drive. 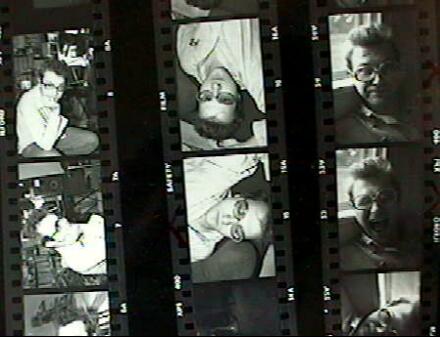 Another very important influence on the blossoming career he was somehow establishing was the Amateur Syndrome. After over ten years of overkill in popular music, with high techno productions, rock 'n roll bands beginning to repeat themselves and evolve into 3rd, 4th and even 5th generations, hit-single formula-fads totally burning themselves out, the sad concept of discovering a fresh new act only to abhor them after they became successful and downright bland, the public's ignorant obstinance to novel ideas...all of these things naturally pushed Stevie further into his own world. Suddenly, it was a complete circle: bad, raw, amateurish music became his passion. Not only everyman tapes of someone's sister singing or bands who couldn't play their instruments, but old time hillbilly music and 78 rpm noise. A powerful rebellion for such a potential pop tunesmith. 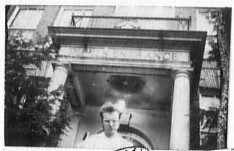 It was around 1981 that a new idea came about. Instead of relying on the latest finished tape to promote himself with, the archives of all previous works were catalogued, and the R. Stevie Moore Cassette Club was born. Over the years those who craved more of this Moore Character were left with no way of getting it, but the club's xeroxed Tapography listed all the tapes, with selected song titles, tape times, and even Listenability Quotient. The Ultimate Joke grew into a send-up of a major record company's roster and catalog; the unknown talent with a collection of more releases than most whole labels! And it worked. Mail order made it possible for fans to erect huge stacks of Stevietapes. What was once impossible was now as easy as the post office. And a couple of dollars.

Still, orders were slow and very select. Tape packaging was improved, yet still very homemade and personal. Sometimes, RSM would even record a special message for the particular purchaser. Musician magazine finally printed the quintessential article on Moore for long awaited mass exposure. The mail requests poured in. Rapidly the tape catalog was expanding, nearly too much so, for new curiosity seekers had a rather intense job of deciding which to try.

Recommended Records (who had distributed the H.P. Music discs in Europe) included Stevie on a UK double album sampler of avant garde rock. Several cassette magazines and samplers grabbed a Moore track or two. He was popping up everywhere and anywhere, worldwide. All of this attention, yet he was still busy making new tapes and dubbing copies for orders, all hand done in real time.

In 1983 much has happened. After the afore mentioned Musician article, R. Stevie Moore was gladly forced out of the closet. He even performed live with a band, to good reviews. The tiny legend is legitimizing itself with this new important potpourri of vintage selections from some of those master tapes. With this French-only release, more thousands of connoisseurs of True originality can get a thorough glimpse into the private innocent world of the Nashville Boy Wonder. Hopefully, someday, the Earth will be pleasantly surprised.

(and a couple by
Jim Price
&
Irwin Chusid)