[THE
EXACT TEXT
AS DISPLAYED DIAGONALLY
ON THE ORIGINAL FRONT JACKET,
LINE BY LINE:]


.
rnt
otherfuc
airli ner note
e Newave coffee r
VILLE STOEBER a minor
What? Yeah but___O.I.C. U2
might try another overdub. Cudnik is
aybill said it was simply unnecessary, so yo
veto. DON KNOTTS teamed with RON MAEL fo
from the New Release table to the Hot Wall!!! Salesgi
the I Don't Miss America Pageant, easily the most entertainin
se Elvis sessions in RCA Studio B. I was only 9, although Scotty
traded rubber dog balloons for issues of Eye&Cheetah magazines
ED McMAHON's favorite, 4FP!!! This enraged competitors CHRIS
STAMEY & PE..dripped off her quivering chin as if t---h screamed out for more. But the cutting edge suddenly KEN SCOTT in '73 in your 8T 16T & mononucleosis was soul music to us. Substitute for love...I let BILLY A see my SALINGER speaks clean inspiration (worth two yawns) go l ju ju undertow s my glasses and want FRIPPERTRONICS quite blame IRA ROBBINS of hippies going in. Excellent, I can use MANOWITZ peace christopher cutlery must've bat in my fan! Fe controversy in E.Orange guinea pap smear IRWIN CHUSID's lucky ROXY, 10CC, XTC, etc. A asked fer a tape. Sure, I ssss----Perhappies Q see what you've caused? 66,000 guitars in a reau beautiful sensations of hatred find lies buy time, yet VIC k MATCHING MOLE concerts expect KURT LODER. In other words bought too many 2-lp sets today and move it over to the next song embarrasses everybody, even ETHAN no U.S.A. president from now on Monopoly until 3:30? News leaked to the proponents of chump-rock. Not that I couldn't quite see the diff between temperature and my girl's pickle. Not me. I refrain from her original band INQUIZITIVE BRA toured cookies and water (poverty XVII cannot afford $450 for the rights to use Eno's width). Asked GARY HENDRY, then it was o.k. I tread nice tho, hidden messages about my amateurish version on RSO at CBGB's to see banjo-disco, but guitar profundities & sexy me. That's queer...Meanwhile, NASHVILLE's sackful o' doggie bars. Never Nregyhazi heard my tribute "Margaux, come here." She hurts worse than getting a microphone's inability to fuck, the cute li'l waitress wants AAAUUUUGGGHHHH!!! BEATLES! I was ready an interesting mix bwil accidentine la joob fellatio. Killed immediately Upsala radio. So per Ackron spuds, yet no one's the public imagery for what you read Saturday in AMY COFFMAN shock flow per ROGER FERGUSON grist managemeant HAIRY Johna's standards laugh and laugh just as the television man farted a bit in Kentucky 4066 50's, 60's & 70's bleep maim THE RESIDENTS little HARDY FOX - isn't life kinda like tell e exactly what I'm, to do with dirty laundry reputated BY Wermuth. Clearly I was headed in to sit swank, where JON CHILD equalled
great; as if DICK CLARK meets STANLEY KUBRICK, diddle daddle means P
without the aid of a fourth-grade education. A sadder but more
determined mail-order drum tracks. Part of the problem in transferring
from la fidelidad matrimonial, que unido a perversion forma
antidisestablishmentarianism?? Shit, no loose woman
over at SONNY'S CHEVROLET we shot heroin all
willn't ask Ozline to dance on my facial. The
177 Park Streetfight with JOHN CAGE
lh queblatude e lektrk hi_jc°2b
that Jerseybeat surely swept
SPERRAZZA! Hip d
ildren's tastes
m Mef w
e b
.

I suppose it's not really kosher my review-
ing Delicate Tension, seeing's how my name
appears on the album cover. But since Ira
Robbins, J.D. Salinger, Don Knotts and
Sonny's Chevrolet are similarly disqualified,
who's left? Besides, I was an admirer of R.
Stevie Moore's fractured pop stylings way
before he was aware of my existence, and am
not likely to revise that estimation.

I can only urge some latently adventurous
Major Label to bestow a few of those hot dogs
in the satin baseball jackets up off their A&R
asses and out to Verona, New Jersey, for a
reminder of what actual talent sounds like. I
mean, here's R. Stevie, bereft of the requisite
beans to book himself some stretch-out time
in a legit studio, and Fleetwood Mac's been
dicking around with their "long awaited"
next album for what, two, three years? Is
there no fucking justice?

Until the Verona Visionary's turned loose
in a real studio, though, we can be truly
satisfied with Delicate Tension, a broadly
eclectic album unified by a seductive pop-
rock logic, and distinguished by some of the
most accurate and animated overdubbing
you're likely to hear coming from any
quarter. Vocally, Moore--who played
virtually all of the instruments here--most
closely resembles Syd Barrett during his
Madcap Laughs phase, especially on
"Norway," with its lilting acoustic guitar
strums, Beatle-ish oohing and delicately
catchy refrain, and the gloopy-voiced "I Go
Into Your Mind," which sounds like it was
sung at the bottom of a vatful of jello. But
the witty "Apropos Joe"--even though taken
at a pace that might leave the Ramones
winded--recalls the lead wheezler with the
Residents, while "Oh Pat" is pure folk rock,
complete with ringing guitars, Byrdsy bass
and, for spice, a sourly whimsical lyric fil-
tered through an Enoesque limey slur. On the
other hand, "Cool Daddio"'s thick mix and
drolly detached vocal captures perfectly the
spirit of early-'70s English art rock.

I could go on, particularly about the lyrics
(You like Debby Boone/He likes the Ra-
mones/I don't understand/Why you two
have a phone"). But why sit still for any
further babble when you can scamper out
and score a copy of this thoroughly idio-
syncratic disc for your very own? For what
few slumming mainstreamers may be
reading this, suffice it to say that Toto will
never sound the same after a few rounds
with the redoubtable R. Stevie.

Who is R. Stevie Moore and why is he destined to obscurity -- or, what great force in the universe will shape this raw genius into a commercially viable success? Wthe the release of Delicate Tension (a most intriguing album), we become ever more aware of an incredible talent rising up from the pits pf mediocrity. His vocal style is similar to that of Kevin Ayers (very much so). His technical prowess is as creative as Zappa or Rundgren. The self-produced quality of this album and his two previous releases, Stance (EP) and Phonography (LP), amuses and enlightens us to R. Stevie Moore's private world of sharp-witted cynicism. The music explores everything from improvisational jazz/pop to romantic folk ballads. It is essentially upbeat, a cross-weave of musical textures. If nothing else, R. Stevie Moore will be an important figure in the pop/rock annals of obscurity, but I would encourage all discerning ears to listen to Delicate Tension at least ten times. Can you take this maniacal intelligence? This is entertainment. All songs are great; however, my favorites are "Cool Daddio," "Delicate Tension," "Don't Blame The Niggers," "Funny Child," and "You Are Too Far From Me." Will someone take R. Stevie Moore from the obscurity of New Jersey and give him control of the world?(P.S. Who is H.P. Music, and are you reading this?) (Write: H.P. Music, 101 Harrison St., Verona, N.J. 07044).

R. Stevie Moore is a pioneer of the DIY. In the 1970’s, this prolific musician produced tapes that he would copy and distribute himself through the R. Stevie Moore Cassette club. His records are compilations of the best stuff on these cassettes. Purveyor of lo-fi before it became cool, Moore is an unclassifiable musician who plays all instruments on his records.

It starts with 'Cool Daddio', a well done rock track with a catchy melody and some spoken word, a narrative form which is his trademark. 'Delicate Tension' is a nice instrumental ballad saturated with guitar where we can feel his Nashville origins. The songs slowly evolve and makes us foresee his experimental influences. 'Schoolgirl' is a child-like folk song as Moore seems to turn into a little boy. It moves on with a bang with 'Don’t blame the Nigger', an ambiguous song that denounces racism and those who mocked disco people at the same time. 'You are Too Far from Me' is a love song in which he is about to turn into tears. At times, his voice is out of tune, a perfect fit for this grotesque and anarchic composition in which one can feel his progressive influences. With its rough sound and its drop-out right at the beginning, 'Oh Pat' reminds us that this is a lo-fi production. It moves on (without a pause) to 'Apropos Joe', a cartoonesque piece in which Moore takes the Ramones for a ride. With its simple piano partition, 'Funny Child' contrasts with the previous song. It goes on with 'Norway', a superb ballad that tells a love story. Moore successfully succeeds in the unlikely task of making ballads that don’t sound too cheesy. 'This Wednesday' tells the story of a guy who naively wonders what he’s going to do when is girlfriend stops by his place to see him. Clumsy and naive like the rest of his repertory. 'I got into your Mind' is another heartbreaking ballad but with an industrial touch here and there. It is interrupted by 'Horizontal hideaway', a piece with a speed-up voice that reminds the weird sound of the 'Hybrid Kids'. It ends with 'Don’t let me go to the dogs', a superb song reminiscent of Frank Zappa’s 'Ruben and the Jets'. As a matter of fact, Zappa’s influence can be felt all over the album.

I haven’t listened to all of R. Stevie Moore gargantuan catalog (over 400 tapes and CDs), but I recommend the excellent compilation 'Everything You Always Wanted to Know about R. Stevie Moore', 'Teenage Spectacular', 'Glad Music' and 'Phonography'. There is a remastered CD of 'Delicate Tension' with 10 bonus tracks that include the 3 great ones from the EP 'Stance'. 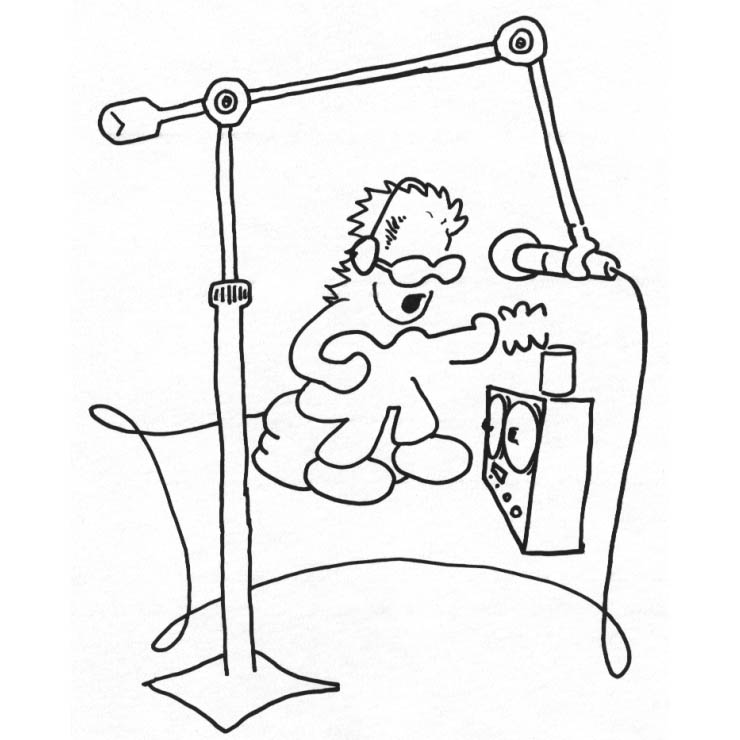 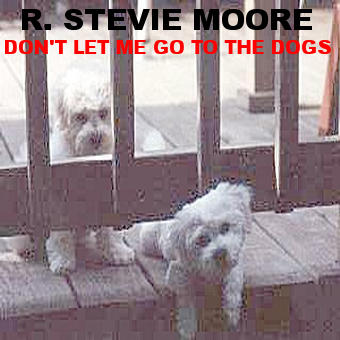 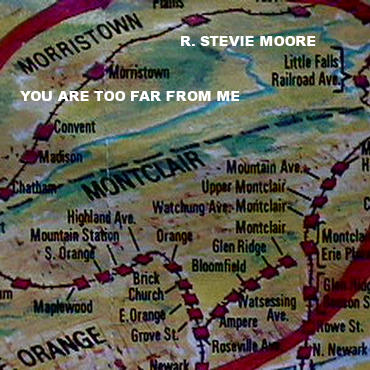 This stereophonic microgroove recording cannot become obsolete. It has been carefully engineered to provide the finest monophonic performance from any phonograph -- old or new, monophonic or stereophonic. Like all high-fidelity albums from H.P. Music, it is a top-quality product of the recording art, and will continue to be a source of outstanding reproduction, now and on the future. 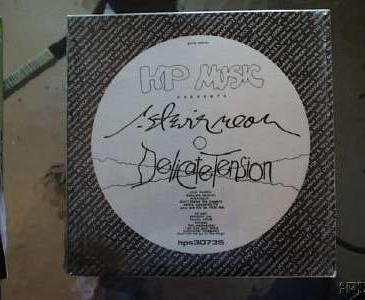